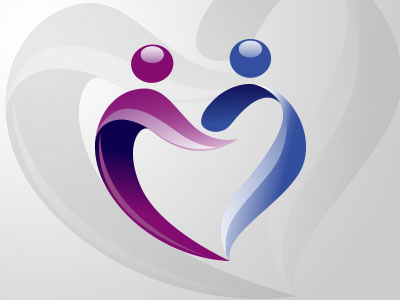 I divorced after 26 years of marriage, sold my home (in 3 days, an example of the flow of the Universe in action) and moved to Maui Oct. 22nd....a lot of magic and miracles happen in the course of this year from  April to  December guiding me to Maui.  All of the magic has occurred due to the Conscious Dating Network.

In April, a man from your site who lives on Maui contacted me and we started to communicate.....he told me that since I was a Reiki Master and into alternative medicine and healing that I should consider relocating to Maui.  At first, we thought we would have a relationship, but it later just developed into more of a friendship.....he sent me info on housing and just general info about living in Maui......While I was still trying to decide as to if I would relocate to Maui, I decided to sign up for a seminar for my birthday, which was Oct. 25th.  I checked several of my favorite teachers schedules and found Wayne Dyer was having a seminar ON MY birthday, in Maui....called appropriately enough,  EXCUSES BEGONE.....I signed up...

In the meantime, I decided to sell my house, put it on the market, thinking it would take several months to sale, it sold in 3 days....my realtor phoned me as she drove away from the buyer and said "I just can't believe this, I've been in RE for years and I've never seen anything like this.......he took it....its like this buyer fell from the sky for you, I said, "he did", and once all of this is said and done, we'll have lunch and I'll tell you what I really believe in"....I TRULY BELIEVE IN MAGIC...and the flow of the Universe in my life.  I was on my way to Maui.

I arrived Oct. 22nd, attend the Dyer seminar, then started looking for an apartment.  Finally found he perfect apartment for me, again the Universal flow in action.  Everyone says I got the "deal" of the century in this apartment.  I moved in on Nov. 15th, on Nov. 17th I decided to check my email and the site. I had a message from a woman out of Northern CA, named Susan.  She said she had read my awesome profile and that her ex husband was a Ship Captain, loved and lived on Maui and she wanted to introduce him to me.  (he isn't a member of CDN)  I read Susan's profile and saw that she said she believed in "unconditional love".  I wrote back that what she was doing was "unconditional love" in action, that I related to that as I felt the same about my ex husband.  However, I couldn't see myself with anyone that wasn't spiritually minded.  She wrote back that MIKE was very spiritual, that the ocean was his church.  I responded that, yes, if her ex was receptive to an ex wife fixing him up :-) that she could give him my cell # and email.....

A couple of days later, MIKE emailed me and said he believed in and respected the flow of the Universe and invited me to dinner.  He told me how he felt about GOD and the ocean and explained his spirituality.
A day or so later, he called me, we talked for about an hour, when I was giving him the directions to my apartment, he got real quite, I thought we had been disconnected.  He said, your giving me directions to MY house.
Get this,  his house is less than a block from me.  Maui is over 700 miles and we're neighbors......long story short, as soon as we made eye contact...WE KNEW......THIS IS IT.....that was Nov. 22nd...we have been together ever since.  We are so alike, we even favor in looks, have the same sense of humor, think alike, and spiritual nature....we agree, that we will be together FOREVER and are making FOREVER plans.......ALL THINKS TO AN EX WIFE THAT IS ON YOUR SITE.

Thank you and Blessings for a HAPPY NEW YEAR!!!!!!
Barbara